Brian Rogers, a longtime arts and culture consultant, was named executive director of the Oregon Arts Commission and the Oregon Cultural Trust in June of 2014. He has led planning and facilitated retreats, with a focus on funding stabilization and grant programs, for several state arts agencies and multiple cultural organizations across the country.

Rogers served as deputy executive director of the Pennsylvania Council on the Arts (PCA) for 16 years, where he was responsible for grant programs, financial oversight and the administration of the agency. He led development and implementation, through a public/private partnership, of the innovative and groundbreaking data collection and reporting tool, the “Cultural Data Project.” Rogers served on the governing body for the project and acted as the state’s task force manager. He also implemented several PCA programs and services including “Picture Pennsylvania,” a statewide traveling exhibition program. He helped conduct and implement four strategic planning processes, one of which resulted in a nationally recognized funding reorganization that more than doubled the number of applicants funded while providing a higher level of service.

During his more than 20 years with the PCA, Rogers also served as deputy director of administration, program director for art museums and fellowship manager. 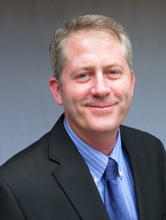