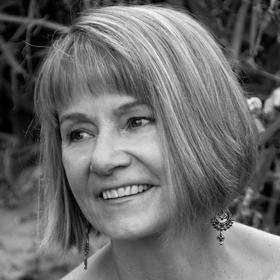 Ellen Waterston ranched for twenty years in the remote high desert of Eastern Oregon, but that experience didn't turn her into a recluse. Waterston is that unique breed of writer who can hone her craft in solitude and also herd other writers into schools, retreats, and conferences where they can share their knowledge. She has published award-winning poetry, essays, and short stories and founded two literary events, The Writing Ranch and The Nature of Words, which draw writers from around the nation.

"I typically get up in the morning and do some writing, and then go to The Nature of Words office," says Waterston. "I'm there for five or more hours until I come back home and work on more writing and editing."

Although Waterston left the ranch to move to Bend in the 1980s, life in the wide open spaces never left her. She recently published her second collection of Between Desert Seasons, which is a finalist for the Eric Hoffer Award in Poetry.

"I get a lot of inspiration from the high desert landscape in the poetry and the essays" explains Waterston. "I'm also interested in the underbelly of the kind myths of the ranching west. So I work the landscape a couple of ways."

The Nature of Words organization, which Waterston directs, holds an annual literary celebration every November in which eight guest authors do workshops, readings, and panel discussions. The organization also sponsors a writing competition for high school and college students and recognizes the winners with awards.

The Nature of Words recently started a creative writer in the schools program. Writers from Central Oregon work with students, including At-Risk youth. In June, the organization will also hold a writing workshop at the Deer Ridge Correctional Institution in Madras.

"When the writing workshops begin, I try to structure my writing around them," says Waterston. "The trick is to keep that writing discipline going in the face of the tsunami of business and work and other daily distractions. It's like any muscle. If you don't flex it, it gets flabby."

Waterston's Writing Ranch is more low key. Every summer she takes writers to an isolated ranch in the high desert where they dig into their craft.

"The Writing Ranch takes place 80 miles from Bend and 40 miles of dirt road after that," remarks Waterston. "I want them where their cell phones don't work. Then they can really concentrate."